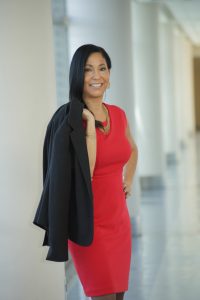 Janine Austin Clayton, M.D., Associate Director for Research on Women’s Health and Director of the Office of Research on Women’s Health (ORWH) at the National Institutes of Health (NIH), is the architect of the NIH policy requiring scientists to consider sex as a biological variable across the research spectrum. This policy is part of NIH’s initiative to enhance reproducibility through rigor and transparency. As co-chair of the NIH Working Group on Women in Biomedical Careers with NIH Director Dr. Francis Collins, Dr. Clayton also leads NIH’s efforts to advance women in science careers. In 2021, Dr. Clayton was elected to the Board of Directors of the American Association for the Advancement of Science (AAAS). Read More 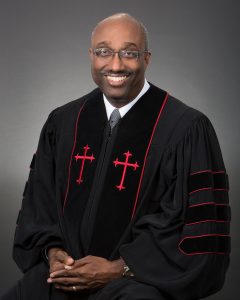 Dr. Kevin U. Stephens, Sr. has been serving as the Senior Pastor of Christian Unity Baptist Church located in New Orleans, Louisiana for the past four years.  He is a board-certified Obstetrician and Gynecologist who is currently serving as the Chief Medical Officer for United Healthcare in the Mid-South Region.  He has been married for 37 years to Cheryll Bowers-Stephens, M.D., MBA, who is a board-certified Child and Adolescent Psychiatrist currently serving as the Managing Medical Director and Chief Behavioral Health Officer for Anthem Healthy Blue in Louisiana.  They have three sons, Kevin Jr., a board-certified Family Medicine Physician, Phillip, a medical student at Morehouse Medical School and Jacob, a music producer and entrepreneur who recently graduated from Berklee School of Music.  Read More 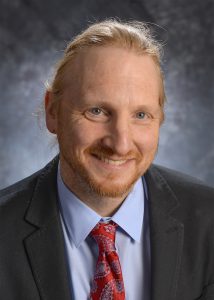 Mishka Terplan is board certified in both obstetrics and gynecology and in addiction medicine. His primary clinical, research and advocacy interests lie along the intersections of reproductive and behavioral health. He is Associate Medical Director at Friends Research Institute, Deputy Chief Clinical Officer at the Department of Behavioral Health, District of Columbia, and adjunct faculty at the University of California, San Francisco where he is a Substance Use Warmline clinician for the National Clinician Consultation Center. 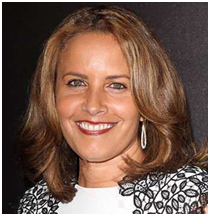 Suzanne Maria Malveaux is an award-winning journalist, who serves as CNN’s national correspondent, covering politics, national news, international events and culture. Previously, she co-anchored CNNs Around The World and co-anchored the network’s Emmy-winning coverage of the revolution in Egypt and the network’s Peabody Award-winning coverage of the Arab Spring. Malveaux also covered the White House for more than 10 years as a White House correspondent – covering Presidents Bill Clinton, George W. Bush, and Barach Obama traveling to Europe, Africa, The Balkins, Latin America, Southeast Asia, Australia, and the Middle East.  She has interviewed all 5 living Presidents, and several First Ladies. Malveaux also made news when she interviewed Donald Trump in April 2011, challenging him on his false Obama birther narrative, as he contemplated a Presidential run. 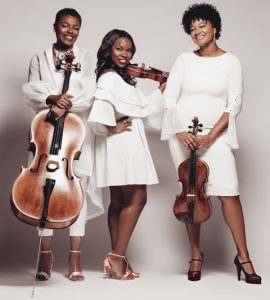 The String Queens (TSQ) are Praised for its “authentic, soulful, and orchestral sound.” This dynamic trio, based in Washington, D.C., creates musical experiences that inspire diverse audiences to love, hope, feel, and imagine! With a repertoire ranging across a multitude of musical genres from Classical to Jazz to today’s Billboard Hot 100 Chart and beyond, TSQ concerts are interactive, technically sound, and emotionally stimulating. TSQ performances include sold-out concerts at the DC Jazz Festival, Capital Jazz SuperCruise, Carnegie Hall in New York City, The John F. Kennedy Center for the Performing Arts, Blues Alley, and the Howard Theatre in Washington, D.C. In January 2021, TSQ was invited by the Presidential Inaugural Committee to perform a special tribute to Vice President Kamala Harris during the “We Are One” inauguration concert. This performance was designed to celebrate the contributions of African-Americans to American society and was viewed by more than one million people worldwide. Read More 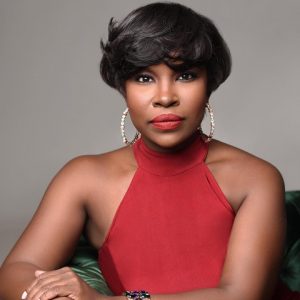 Born in Houston, Texas, Kendall Isadore is a violinist, singer, pianist, songwriter and educator. In 2011, she graduated from the illustrious Howard University (Washington, DC) with a Bachelor of Science degree in Biology. Following graduation, Kendall began her career as a full time science teacher in Washington, DC. In 2014, she transitioned to teaching instrumental music as the founding orchestra director at KIPP DC Northeast Academy and soon after became the school’s vice principal. In order to expand her knowledge and expertise in school leadership, Kendall pursued and received her Master of Arts degree in Education Policy and Administration from The George Washington University in 2019. Read More 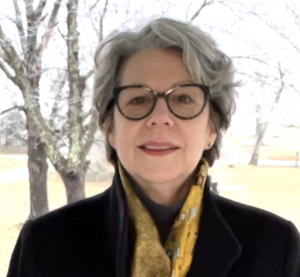 Alitha Palich (Uh-lee-thah Pal-itch) has worked for the last 25 years running her own consulting firm.  She specialized in the nonprofit sector helping local and regional groups with fundraising, special events, marketing, and risk management.  In March she became the Vice President of Institutional Advancement for Louisburg College in North Carolina.  The two-year residential college focuses on helping students prepare for success at four-year universities by providing smaller classes and special programs for students with learning disabilities. During the past year, when all gatherings went virtual, Alitha started a new hobby as ‘Mixologist’ for various Happy Hours & Special Events. 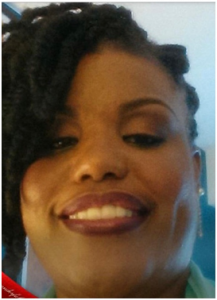 A classically trained soprano vocalist, her numerous undertakings include singing the role of Mrs. Silverpeal in Mozart’s The Impresario and Carmen and Serena in excerpted versions of Carmen and Porgy and Bess; singing the National Anthem for the coming of Pope Francis’ address to Congress, and singing the National Anthem at the opening of a Washington Nationals baseball games.  Of note is that she relishes her experience singing with celebrated American soprano, Kathleen Battle. She has been a featured soloist at a tribute in Boston, Massachusetts, honoring the life of the late Senator Ted Kennedy; a tribute to Marian Anderson held at the John F. Kennedy Center for the Performing Arts; a celebration of the Life and Legacy of Todd Duncan held at the Austrian Embassy, and a tribute honoring the life of Walter Washington, the DC’s first elected mayor. About her craft, Ms. Barnes-McSwain says, “Music is communication and expression.  It binds all worlds, conveys every emotion and gives each soul the freedom to shout, clap, sing, dance, cry and love.”